Somedays it can be difficult to come to terms with my role in the fashion industry. The focus of fashion has shifted from creativity, individuality and self expression to today’s fast-fashion trend driven model of producing items quickly and cheaply.

When I began designing over 10 years ago, we viewed runway trends months later in Parisian publications who’s office arrival was always eagerly anticipated. Without constant connection to what others were creating or wearing, designers were forced to actually be creative — to come up with ideas and assemble mood boards, to put pencil to paper and drape silk on a dress form.

Now, both designer and consumer have constant connection to runway coverage and street style imagery fueling trends and purchases of seasonal wardrobe essentials that quickly find a place at the back of your closet — or in a landfill. This cycle of consumption and waste impacts our fragile environment and human lives.

Although many designers are too concerned with delivering versions of the latest trend as-seen-on-runway to worry about sustainability, Arianna Reagan, founder and designer of the label Arcana NYC, believes fashion can be sustainable and meaningful.

Fashion can be what you make it. . . if approached mindfully, it can be a powerful artistic medium that is more than just pretty clothes. Fashion has the potential to transform, to transcend, to connect, and perhaps even change the world.

Arianna did not take the traditional route into the fashion industry — although fashion was always something she was interested in, it was her study in Religion and Gender in college and allowed her to gain perspective in the significance of adornment across cultures. In reading about how shamans wore ritual garb when they wanted to commune with the gods, she realized that dress allowed these spiritual leaders to connect with something greater. She realized the authenticity in fashion, and if approached in a meaningful way it has true potential to impact people deeply.

Arcana wasn’t created with the goal of sustainability, rather Arianna lets her integrity and compassion for both humanity and the environment guide the sourcing and design process. In Arcana’s debut Fall/Winter 2016 collection, the cotton used in her collection is handspun and handwoven by a collective of female entrepreneurs in rural India that work together to raise themselves and their communities out of poverty. By contrast, the cotton commonly used throughout the industry is produced by machine in China, dyed with toxic chemicals and processed by underpaid and undervalued laborers.

The use of upcycled Vintage fabrics is also a way Ariana designs sustainably since the material already exists. To create the ‘Chiara’ bomber, Arianna worked with a supplier in Japan to source vintage kimono silk. Each bolt only contains enough fabric for one jacket so each bomber is one-of-a-kind. 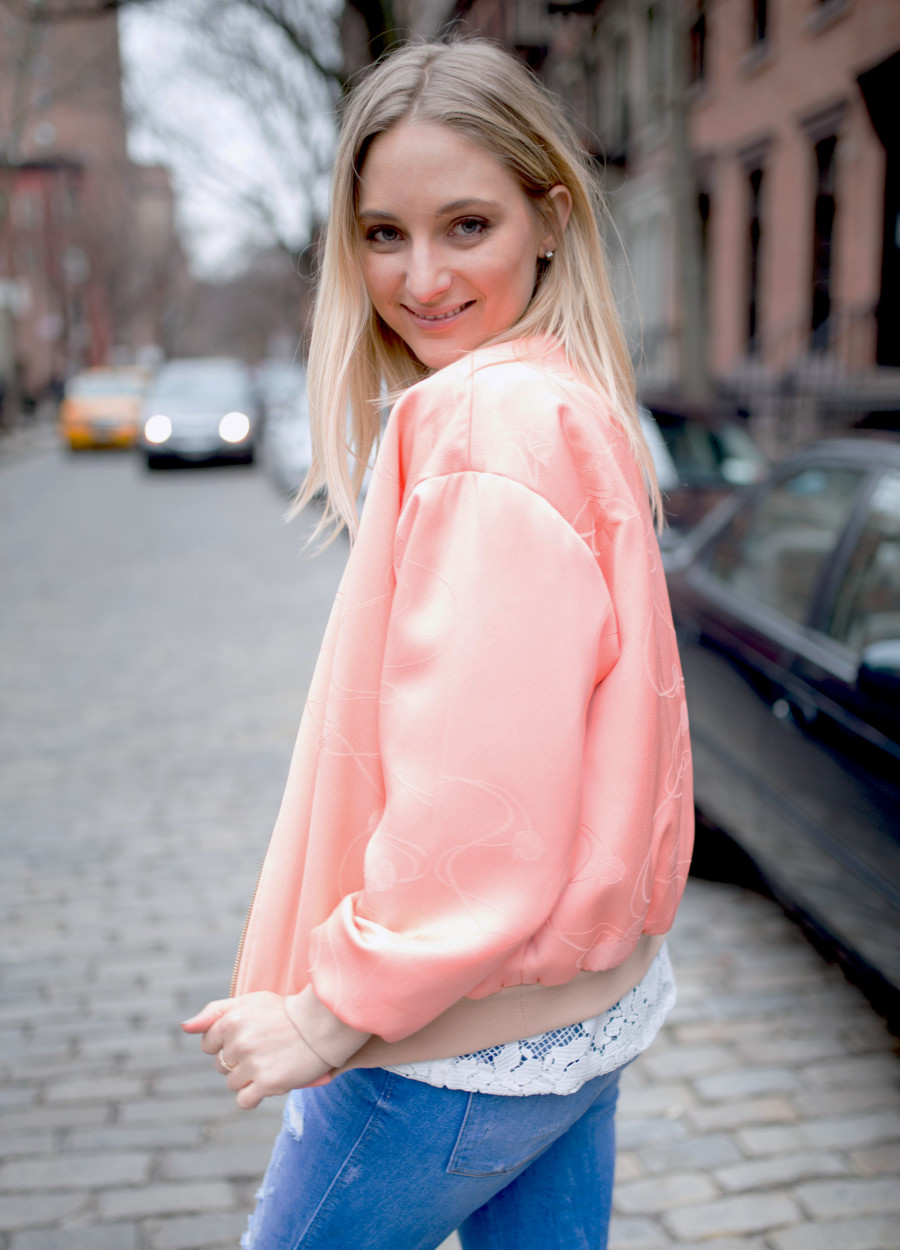 The Japanese influences extend beyond the use of Kimono silk in her collection. Arianna was influenced by a photo she stumbled upon of a female samurai in full battle gear. The soft white flowers in her hair strike a contrast to the martial stoicism and quiet strength shown on her face. 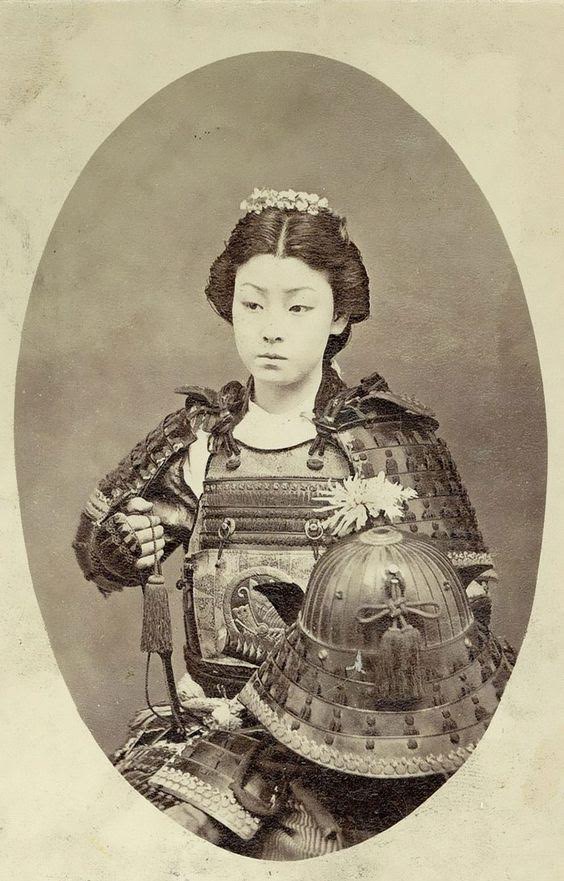 The photo represents the strength that is in all women across all cultures.

Imagining the life of this mysterious warrior, and inspired by the panache and trailblazing courage of my female ancestors, I created a line of wearable yet unique pieces to treasure for life. Subtle martial elements play with motifs borrowed from the haori, the hanbok and the kimono, while the louche glamour of the early twentieth century is reimagined in garments made for a modern lifestyle.

Cheers to Arianna for bringing back substance and meaning into the design process! The clothes we design and choose to buy can be both a form of self expression and a way to commit to the social and environmental ideals of sustainability.

Sustainability isn’t a blanket definition or a set of rules — in order for sustainability to mean something to you, it has to work with your life. One of the main reasons fashion is so unsustainable is our addiction to fast-fashion. Low prices may seem like a godsend but the over consumption that they promote has a negative effects on the environment and the workers who make our clothes. As a consumer, the first step to making a change is developing an interest in where your clothing comes from.

My hope is that Arcana changes the way people consider and consume fashion by showing that luxury and sustainability aren’t two concepts that sometimes overlap, but that the extra care and human touch that goes into sustainable fashion is, in itself, the very definition of luxury.”

Stay tuned for more photos of how I styled Aracana’s Fall 2016 line and fore more information on when the collection hits stores.

@ThemeParkFrog I have never experienced such terrible customer service. Way to ruin a trip to the happiest place on… https://t.co/EnAvKfp1CN

@ThemeParkFrog I purchased my Disneyland tickets over 24hours ago and still have not received tickets. After hours… https://t.co/DyrYXJ6Hms

I unlocked $39 Rush tickets for #KissMeKate on Broadway at @roundaboutnyc on @TodayTix! Unlock here: https://t.co/7n5wdC1zPW #TodayTixRush

@LOREXTECHNOLOGY we have filed a formal complaint with the BBB. You should be ashamed of your lack of customer serv… https://t.co/VOhhvSFtG3

@LOREXTECHNOLOGY we installed your camera system and it fails weekly. I have wasted hours of my life on the line wi… https://t.co/IlWob2ylhA

@AmericanAir at #JFK waiting to check in at #priority but you have no one staffing your priority line. #shortstaffed #NeverAgain #whatamess

Layered @arcananyc #Alpaca #Fringe #Sweater over a shirtdress today -- #comfy and #cozy for this in between weather https://t.co/Iq3uMZZ7y6

Subscribe to receive alerts when new posts are made.